Friendship Works has been matching volunteer mentors with children and young people facing adversity for over 40 years. During this time we have seen how seen how long-term mentoring support makes a real difference to the lives of children and families. Read below and find out more about the experiences of children, families, mentors and staff during their journey with us. 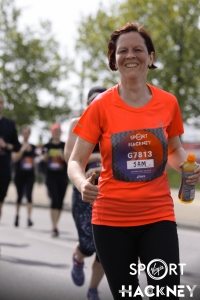 In March Sam, a volunteer mentor with our Friendship Works service will be running the Jurassic Coast Challenge. That challenge consists of running three marathons in three days, totalling 78.6 miles. Over the coming weeks Sam will be writing a blog, keeping us up to date with her progress.

Leroy’s story: A mentee and his mentor 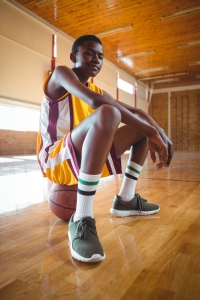 Leroy was eleven when he was referred to Friendship Works by his mother. She recognised that her health problems had resulted in Leroy taking on a lot of caring responsibilities in the home. This, together with the fact that it was hard for her to take him out of the house, had led to Leroy becoming very isolated.  She asked us to find a male mentor for Leroy as he had no positive male role models in his life at that time.

When he was first referred, Leroy was a very withdrawn, shy child. He found it hard to interact with adults, and had only a couple of friends at school. He wasn’t able to express his likes or dislikes, and found it difficult to identify anything he was especially interested in.

Mat became Leroy’s mentor in November 2014. From the start, Mat was able to establish a great rapport with Leroy. Early in their friendship, Mat introduced Leroy to Basketball, which quickly became a favourite activity. Mat also encouraged him to join Boys’ Brigade in his local community. Leroy’s self esteem benefitted greatly from finding activities that he was good at and enjoyed. It wasn’t long before he gained a place in the school basketball team. This was the first time that Leroy had received positive recognition for his talents at school, and being able to represent the school was a big boost to his confidence. He has developed a number of quality friendships and has become popular and respected by a wide range of peers.

Leroy said: “Mat’s not like any ordinary friend. I can rely on him; he’s very easy going so I can talk to him about anything. We’ve done lots new things together; we visited the London Eye and the Aquarium, we went bowling, which Mat had never done before, and we’re going to go trampling soon. Since becoming friends with Mat I am much more confident making new friends, and I’ve become more adventurous too.”

Leroy’s mum says, “When Mat came into our lives, things were very difficult and he has made a massive difference – both to Leroy and to me. Leroy talks to Mat about school and personal things that he wouldn’t open up to me about. If he didn’t see Mat on a regular basis, I don’t know where he would have ended up – it’s much more likely he would have got caught up in some trouble. Having Mat around to take Leroy out and allow him to just be a child for a few hours a week has given me a different perspective on life too. Leroy opens up to me more now and we are able to spend more quality time together. We understand and appreciate each other more since Mat came into our lives. I can’t praise him highly enough.”

*name has been changed to protect child’s identity.

Mat’s Story: Volunteer of the year 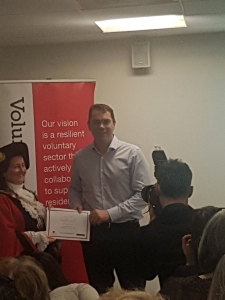 We are delighted to announce that Friendship Works mentor Mathew Smith has been named Islington Volunteer of the Year.

The award was presented by the Mayor of Islington at an event held on Wednesday evening. In addition to receiving a certificate on the night, Mat has won a meal for two at Marco Pierre White Steakhouse Bar and Grill, and an overnight stay at a Doubletree by Hilton hotel.

Mat was very pleased to win the award, and said, “Winning Islington Volunteer of the Year is recognition of the importance that supporting our young people develop has, and the excellent work and support provided by Friendship Works throughout this process.”

“All our mentors make a huge commitment to support a young person for two years, and although many of our friendships last beyond that point, it is unusual for a mentor to commit to supporting a second child after completing the full two years, but that’s exactly what Mat did. He has now been friends with Leroy* for three years, meaning he has dedicated a total of five years to mentoring young people in need of support. He has had a significantly positive impact on Leroy’s life. With Mat’s support and encouragement, we have seen Leroy grow from a shy, withdrawn eleven year old to a confident 14 year old. Since meeting Mat, Leroy has made more friends at school and become involved in activities in school and the local community. We were delighted that Mat won this award, he absolutely deserves this recognition.” 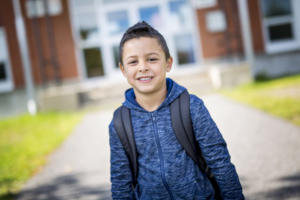 Kyle is 10 years old and lives with his mum and big sister. He loves football and plays in a local team. He describes himself as active, sporty and a good laugh.

As a very young child, Kyle witnessed domestic violence between his parents. His dad left the family home when Kyle was four, but Kyle still had contact with him sporadically until the age of eight.  The last contact he had with is dad was eighteen months ago. His sister has learning difficulties and is physically disabled, so a lot of mum’s time is taken up caring for her.

In the past, Kyle engaged well at school, but in recent months his teachers have noticed that he is less engaged and more disruptive in class, and he has been involved in a couple of fights in the playground. There are concerns about how he will cope with the transition to secondary school next year.

Kyle’s mum would like him to have a male mentor as there are very few positive male role models in his life at present.

He has asked for a sporty mentor who will play football with him and is up for talking about sport.