For National Mentoring Day on 27th October, Sarah-Louise, a volunteer mentor with our Friendship Works service, reflected on what mentoring means to her.

Today is National Mentoring Day – and since mentoring is one of the few topics other than cats and politics that is close to my heart – I’ve decided to write about it.

I’ve been mentoring in various capacities since I was a student, but in 2012, I signed up as a volunteer mentor with Friendship Works.

I decided to become a mentor because I believe passionately that young people need access to support from adults outside the traditional authority structure of home and school. I was raised in a very claustrophobic religious community where there wasn’t anyone to talk to about things like atheism or sexuality and where raising those issues was cause for punishment. I think that experience made me want to give at least one young person a safe space where they could talk about their feelings and experiences without fear of judgement if they needed to.

And that’s what mentoring is about, in my view. You’re not part of the young person’s authority structure, so beyond the basic “don’t misbehave” stuff, your role isn’t to hold them up to any pre-existing standards, but to help them explore and create their own standards for who they want to be. You’re there to observe, to help if they want you to, but not to impose.

Mentoring for Friendship Works involves spending a few hours doing something fun with a young person three weekends a month. What that “something fun” is varies wildly depending on the young person. One of my matches loved cycling, cinema, bowling and Airfix. Another enjoyed Katsu curry, trainspotting and giant slides. The secret is finding the things you both enjoy and compromising on others (I have been reliably informed that I’m terrible at watching trains).

It’s not always fun – I have been bored and freezing on a train platform many a time. It’s not always easy – especially not if you have been out late the night before. And it isn’t always rewarding – young people can be volatile, moody and ungrateful at times. I’ve had more than one outing end with a tantrum or pass in sullen, brooding silence. Yet despite that, it is always worth it.

I think there are a lot of preconceptions about the kind of person who becomes a mentor – that you need to have children in your family, or have a vocation – but a mentor can be anyone. You don’t need any special qualifications or aptitudes, you just need to have survived childhood and come out the other side ready to share what you learned. I doubt I’m a typical example of the kind of person who volunteers with children and young people – I’ve never liked children much, not even when I was one! Weirdly, that’s something I’ve had in common with all of my matches, none of whom have liked other children very much. Which has been great, as it meant we could have a good old moan together! 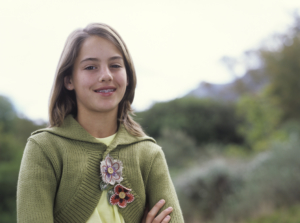 The luxury of being a mentor is that you’re at a bit of a remove from everyday life, so you can be a bit more honest in some ways. I try to resist the temptation to say “Oh, things will get easier when you’re older,” or “you shouldn’t let people make you feel that way,” and to talk about the fact that sometimes the way people treat you for being different doesn’t get better, but your confidence in yourself does. And that actually, it’s perfectly normal to feel upset when someone is hurtful, but it’s important to remember that their behaviour has nothing to do with your self-worth. I hope I come across as an adult who’s in on the joke and doesn’t take themselves too seriously, but who can still bring a bit of long-term perspective to a situation when needed.

I don’t know what else to say except that I think mentoring is something every adult should experience at least once. It’s not like any other relationship you will experience with another human being and I think it adds a dimension to your life that you can’t easily get elsewhere.

Find out more about mentoring with our Friendship Works service here. 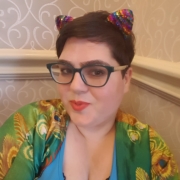 A volunteer mentor with our Friendship Works service