Angela’s story: how a mum, tackled her family monsters

As part of the Family Monster Project we’re encouraging people to share their family pressures. Here’s the story of one Mum, Angela, sharing how her and her daughter tackled their pressures.

I first heard about Family Action last year after going to my daughter’s school for help with her behaviour. At the time I was really struggling – Alyna, my daughter, has Oppositional Defiant Disorder which means she can be aggressive and often won’t do as she’s 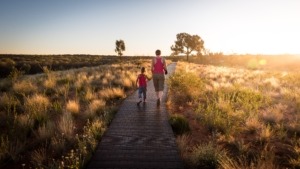 told. Every day used to be a constant battle. It was difficult to get her to do anything, from going to school in the morning to simple things like brushing her teeth. She could be extremely violent too, even stabbing me with a pencil and threatening me with a knife and scissors. Although Alyna is only six she’s quite strong and I was scared one day she’d end up seriously hurting me. I felt devastated at the situation. What made it worse was that at school apparently she was an angel so people didn’t believe me when I told them how I was struggling. It was as if after holding everything in for the day she’d let it all out once she got home.

I was told Alyna was too young for the local children’s mental health service. But thankfully Family Action were there to help. I did two of Family Action’s parenting courses in a group with other parents. They helped a lot as I learnt techniques to manage Alyna’s behaviour. It was so nice to meet other parents that had similar problems to me. Everyone at Family Action completely understood my situation and it felt great to be encouraged and praised.

Things have changed a lot for the better since I got help from Family Action. Of course Alyna’s behaviour isn’t always perfect but now I know how to manage it. I’ve learnt to be calmer and am more aware of how the way I react might affect my daughter and her behaviour. Our relationship is much better now and we enjoy spending mummy and daughter time together. Alyna loves arts and crafts – at the moment our favourite activity is making slime! 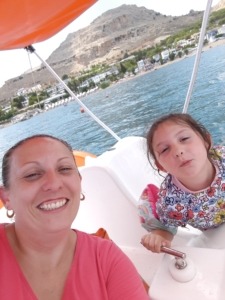 I still come to Family Action but now as a volunteer, helping to lead one of the parenting courses. It feels good to know I’m helping others out of the situation I was in before. And I’m still learning too from hearing the experiences of other parents. I’m always telling people about Family Action and letting them know the support is there – without someone like Family Action you can feel like you’re completely on your own. I’m so grateful for the support they’ve given me and now looking forward to a happier life with my daughter.

Do keep tuned in with our blogs as we’ll be introducing more family monsters stories through out the year. You can share your story too through social media, starting a conversation or even featuring on our blog.

Join the Family Monsters Project
We want to get everybody to join the conversation and get talking about their family monsters, no matter how big or small, so we can face them together. You can get involved by using #MyFamilyMonsters on social media – follow our socials to stay up-to-date. As well as, starting a conversation or getting support.

Watch four families in our new project’s film who are struggling with everyday pressures: 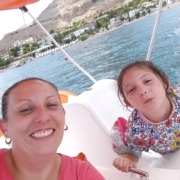 A mother Angela and her daughter.