Today we’re celebrating our official 150 year anniversary read on to hear from our Chief Executive, David Holmes, CBE, about being Family Action’s 150 years.

Exactly 150 years ago today on the 29 April 1869, Family Action convened its first meeting in London, chaired by our founder Octavia Hill. I wonder if Octavia Hill and the other founding members could have imagined that Family 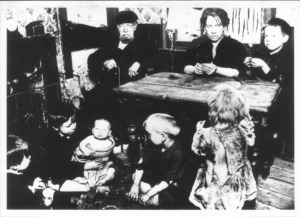 Action, then known as the Charity Organisation Society (COS) would still be going strong and thriving 150 years later? Would they be surprised to see that we have grown from a charity serving families in a few London boroughs to a major national charity serving hundreds of thousands of children and families every year? Most significantly, could they have foreseen that there would still be a need for our help a century and a half later? I wish I could ask them!

Unsurprisingly, much has changed at Family Action over the last 150 years. For a start, our name has changed twice – from our origins as COS we became the Family Welfare Association (FWA) in 1946 and then Family Action only in 2008. However, whilst our name has changed our core mission has stayed very much the same – we provide practical, emotional and financial support to strengthen and improve the life chances of those who are poor, disadvantaged or socially isolated. We believe in the strengths within families. We seek to empower everyone we work with and ensure they are listened to, helping them look forward to the future and not be defined by their past.

Our charity has been fortunate to receive Royal patronage for most of our existence, and especially honoured that HM The Queen was our Patron for the last 66 years. We were even more delighted when Her Royal Highness The Duchess of Cambridge assumed the role of patron for Family Action in our 150th anniversary year.

Family Action’s history is remarkable: In the 1870s, we established the founding principles of modern day social work and as the years rolled on we played a major role in making social work a recognised profession. Also in the 1870s we opened the first employment enquiry office (early job centre) with our subsequent campaigning work paving the way for the first Pension Act that in turn created a state managed pension scheme.
Both World Wars had a devastating impact on families, but we were there during both Wars and in the two decades between them providing help and support to those suffering from the effects of these momentous conflicts.

“As an organisation we never stand still – innovation, positive action & finding practical ways to help is just in our DNA. It is who we are and who we will always be.”

In the First World War, we played a central role in evacuation and providing aid to families of servicemen. In the 1930s, we set up some of the first Citizens Advice Bureaux. During the Second World War, we ran family service units in major cities to aid families offering emergency help to people whose homes were severely damaged through bombing. In 1940, the charity became the official distribution centre for emergency aid from overseas and administered the funds from the British War Relief Society.

In the second half of the 20th century, with COS now known as the Family Welfare Association, we focused on delivering therapeutic interventions to strengthen family relationships including marital counselling. In the 1970s, FWA held the first ever family therapy conference in the UK and introduced GP-attached social workers. In the 1980s, the charity opened its first psychiatric residential unit and took over running Family Service Units (FSU), having 23 FSU centres by the 1990s.

Together with our name change to Family Action, the early 2000s saw us become the country’s largest family services provider. Our services continue to support families through all the stages and phases of life from support in pregnancy and with the early years of childhood through adolescence and beyond. Many of our services today focus on supporting people in adulthood to overcome challenges relating to mental health and wellbeing, loneliness and isolation, debt, relationship stress or other pressures. We also offer thousands of small grants every year directly to those who need them.

Following the awful Grenfell Tower fire in 2017, as well as raising money ourselves – which we immediately distributed as grants to those affected by the tragedy. We were also keen to provide longer term support. With substantial additional funding raised by the local teacher Haley Yearwood, Family Action was able to set up the Grenfell WellCommunity Service to support the Grenfell community.

In 2018 we won the contract to run the Government-funded National School Breakfast Programme (NSBP) with our partner Magic Breakfast. In 2019 the NSBP is feeding a staggering 280,000 children a day in some of the most deprived areas of England. The NSBP gives pupils a tasty, healthy breakfast ensuring that they are not too hungry to learn and are able to concentrate during their lessons. 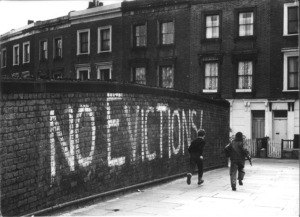 To mark our 150th Anniversary Year in 2019, we have launched The Family Monsters Project to shine a bright light on the pressures faced by families today. FamilyLine is also new this year. Launched by HRH The Duchess of Cambridge, FamilyLine is a free confidential helpline, text and email advice service provided by Family Action with attached counselling and befriending services. FamilyLine is available to any family member anywhere in the country and it is helping more and more people every day.

Family Action has changed a great deal over the last 150 years but many of the challenges facing families have not changed. Today, families face many of the same issues that families faced in 1869 – financial pressures, relationship difficulties, parenting challenges – these are all constants in family life. We may no longer have workhouses but we still have austerity, the UK may be one of the richest economies in the world but many families today still live in poverty. The issues troubling families may change but the need for practical, emotional and financial support remains as strong as ever.

As we look now to the future, Family Action promises that it will continue to be here to help families overcome whatever challenges they face – supporting them to become stronger families with brighter lives. This amazing charity will continue to make a difference and that is why we should look forward with confidence to our next 150 years!

Visit our history page to find out more about us or to watch our heritage short film. Alternatively, you can visit www.familymonstersproject.com to find out more about our Family Monsters Project because every family has its monsters, watch & share our film so we can all talk about & face our monsters together #MyFamilyMonsters. 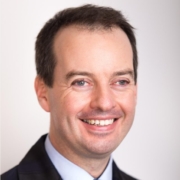