Abbey’s story: family life and the stresses of the work-life balance

Below is Abbey’s story about how her and her husband manage their work-life balance… it’s not always easy that’s for sure, read on to find out how they discovered their coping mechanism.

Abbey and her husband always knew it would be hard to fit their busy working lives around their first child. Both of them were working more than 70 hours a week and knew that some upheaval to their lives would be inevitable if they were to accommodate such a precious new arrival.  So they decided to try for the child they both wanted – which made it all the more frustrating when it then took such a long time to conceive. 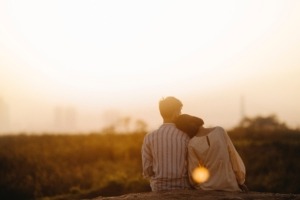 The couple were finally successful after undergoing fertility treatment and had a beautiful baby girl. However, coming to terms early on with the prospect they may not conceive sparked a profound realisation in Abbey. “Once we had the consultation it was quite quick,” said Abbey. “Just 7 months or so from initial consultation to conception. We tried for a long time and after the fertility treatment it seemed like ‘Why are we working so long and not seeing her when we’ve tried this hard?’”

As her husband earned more in his job it made sense for Abbey to cut down her hours, so she decided to work just three days a week to spend more time with her daughter. This worked well initially, but meant Abbey ended up taking on a significant amount of the childcare, as her husband would often have to miss family trips at weekends to the park and so on to focus on work.

Abbey explains: “It was, and remains, awful for him. He really wants to be there and it’s upsetting to see that he misses out. He is so torn between work commitments and spending time with us, because the work just keeps piling up. “People often talk about a work-life balance but sometimes it’s nearly impossible to achieve.”

Additional pressures on finances have also recently reared their head, now their daughter is older, as the family have had to move closer to their chosen school to ensure she gets a place. Ironically enough this resulted in Abbey getting another job babysitting for a friend in the evenings – which was ideal as it allowed her to complete her admin for work, and took place after her daughter went to bed.

Despite how well this worked out, it still meant the young family was balancing a lot of commitments and needed to keep on track. Oddly enough, one of the most significant solutions to the problem seemed almost laughably obvious at first. Abbey continued: “We have a family Calendar! I laughed at it when my mother in law bought it, but we’ve been filling it in and it’s really helped to keep everyone aware of where we are and what’s going on – although I’m much better at filling it in than my husband!

“We keep it by the door so we can check it in the morning to make sure we don’t miss anything.” The calendar helps them see what each of them has planned, and appreciate where the pinch points are each week – which includes a qualification Abbey is now studying for. It’s not always equal, as Abbey understands her husband’s job demands more time and says that arguments occasionally happen, as with any couple. 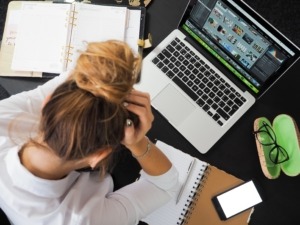 “It’s hard work keeping it all in order – and despite how busy he is, I still have to get my work done too!  We do sometimes argue about who will get to do their work first, especially when I was also trying to revise for my exams… It was hard to fit it all in, but it always gets done in the end, even if it means a stressful time.”

Thanks to good management the couple’s finances are all in order, but there’s still one thing Abbey says she wishes they could afford: “Holidays! I’ve got friends who are always telling me how they go away every half term, while for us it’s strictly one holiday a year – that we save all year for – or day trips out.”

If you enjoyed reading about Abbey and her family’s story find out more stories, tips and tricks for managing family pressures here.