Amy’s story: volunteering as a mentor with Friendship Works at Christmas

Amy began volunteering with Family Action in the run up to last Christmas with our mentoring service Friendship Works. At the time she didn’t suspect that the friendship she would forge with 12 year-old Izzy would have such a huge impact on both of their lives. Here’s her story.

I wasn’t really looking for a volunteering opportunity as I was already volunteering at a local foodbank. I was actually helping a friend find some support for her young son who doesn’t have a father figure in his life. While researching, however, I came across Friendship Works and I really liked the sound of it so I attended an information evening during the autumn to find out more about volunteering with the service. 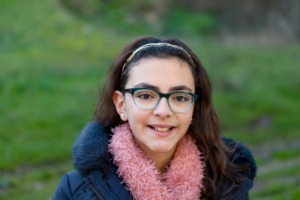 I loved what I heard so I put myself forward for the assessment and training process and, by December, I was ready to start mentoring. The caseworker and I discussed some of the children I might be mentoring, but the one that really stood out to me was a 12-year old girl called Izzy as I could see myself being able to support her and make a difference in her life.

For our first meeting we went to a coffee shop with her caseworker where we played a couple of games and talked about what activities we would like to do together. Izzy came across as timid and quiet and she didn’t really engage with the games.

The caseworker had already explained to me that Izzy is from a big family and is not used to the focus all being on her and, what’s more, she hadn’t been going to school for a long time as she had been bullied, resulting in her parents home schooling her.

Despite her shyness, she seemed to find me funny and laughed at some of the things I said, so I played that up a bit! About a week later, we had our first outing together with just the two of us.
We went and bought a scrapbook so we can keep a record of our outings together and it seemed easier for Izzy this time, because there wasn’t as much focus on her.

During training we had been told that it can take a while before a child is able to really open up to their mentor, so I was surprised at how quickly she warmed to me and, by about four outings into our friendship, she would hold my hand to cross the road. She was quite grown up in some ways and would sometimes ask how my work was going, but the outings gave her the chance to be a child and simply enjoy ‘childish’ activities.

Then, in July, a big change happened. She told me and her caseworker that she had decided she “had the confidence to go to school now”

She explained that in the past she couldn’t relate to friends at school but now, because of the outings we’d been on, she had more to talk to her peers about and this helped her build friendships.

A big moment for me was when I went with her to watch the end of year play at her new school just before she joined. She said, “I’m going to be in the next one” and, sure enough, she’s already auditioned for a future performance. I’m not surprised – she’s always dancing around when we are on outings!

Our relationship continues to change and has, in some ways, become more challenging. When we first met she was really well behaved, but that came from her not wanting to have her mum worrying about her. Now she pushes the boundaries more, but I love it – it’s a sign that she’s comfortable with me and has the confidence to express what she wants. She’s funny with it and she doesn’t behave like a moody teenager; she’s just cheeky. I’m just glad to see her being herself.

“When I asked if she had any worries about how her friends might react, she said, I like it, I don’t care what others think”

She recently changed her hairstyle. When I asked if she had any worries about how her friends might react, she said, “I like it, I don’t care what others think”

I have changed too. I think I’m kinder, more patient and less quick to judge others because I have come to understand that you never know what challenges they might be facing. I laugh at myself more too, which comes from spending so much time with a child – I have learned to let go a bit.

If anyone reading this was considering becoming a mentor, I would say definitely go for it – Just don’t get too caught up in what you think you should or should not be doing. I found that I over-planned some of our earlier outings, trying to pack too much in and then saying “we have to do this because I’ve planned it all out”, and we both just ended tired and stressed because I tried to do too much. As long as you are just spending time with your mentee, they will appreciate it.

Our best outing was when we went to Kings Cross station and she posed with the luggage trolley that’s embedded in the wall at ‘platform 9 and ¾’ – the famous Harry Potter location. That was all we did but she loved it! 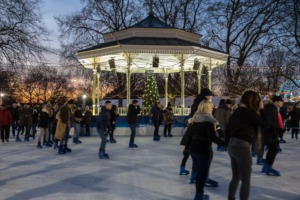 A year on from our first meeting we have a couple of Christmassy outings planned – we are going to go ice skating and to Winter Wonderland.

Most of all, it just feels important that I get to see her over the Christmas period. There are so many images of the perfect family around this time of year and that can be hard for someone like Izzy who has a big family and can struggle to get attention. I want to make sure I spend time over Christmas with her and let her know she is important.

Overall, volunteering as a mentor with Family Action is one of the best experiences I’ve ever had. Seeing the changes in Izzy has been amazing – she is like a brand new person.

If you want to start the New Year with a new challenge, you can find out more about becoming a mentor here. Not based in London? Find out about other volunteering opportunities with Family Action here. 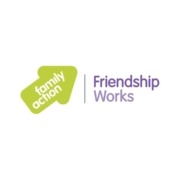