Jan’s story: how I supported my partner’s Mental Health journey

One of our Senior Behaviour Outreach Support Workers, Jan, opens up about her feelings around supporting her partner’s Mental Health journey and how sometimes your professional training doesn’t make you immune from needing support. 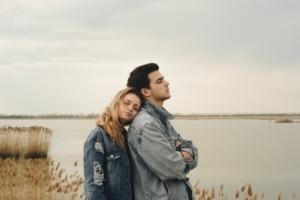 I want to talk openly about my journey of living with and trying to support someone who is mentally ill.

In the mid 90’s I got together with a really amazing man who I lived with for 15 years. As a child, he had been a victim of both emotional and physical abuse from both family members and strangers. The impact of this childhood trauma was massive. As a result, M has suffered with depression on and off for most of his life with a couple of very prolonged bouts of total breakdown.

A couple of years into our relationship a half-sister appeared who M hadn’t had contact with since childhood. To cut a long story short, this resulted in M being taken down a very deep time hole of horrific memories. This was the beginning of a bout of illness that took 6 years to climb out of.

In comparison; I had a wonderful childhood. I was raised well and knew that I was loved every single day. That isn’t to say that I wasn’t a whole heap of trouble as a teenager but the scaffolding that was built for me as a child made me resilient and confident and I turned out to be a very well adjusted, strong, wilful yet caring adult. I am however, fiercely independent.

Never before though has my strength and resilience been tested as much during this period of living with M. Living with someone who has an acute depressive illness is a challenge for sure and often I wanted the world to stop so that I could get off. I wanted to run away. I wanted to shout and scream and demand that he get better.

Over my career, I have learned how to support people living with emotional trauma and mental illness so I could write about all the interventions and support I gave, but in this instance, I can’t. I became clueless, impractical even irrational. The relationship between me and M was different, I wasn’t a professional, I was a partner. I found it impossible to apply what I did for a living to this situation.

In the beginning, I was too scared to leave the house. Scared that I would return to a lifeless body.

I tried desperately to connect with him through his bouts of intense sadness, irritability, helplessness and sleeplessness. Everything was impossible at the beginning which caused some hurdles of my own. I became angry, I perceived M as being ungrateful and needy, I became frightened of expressing my own feelings, I became frustrated, lonely and isolated. I kept all this quiet from family and friends for 6 months and plodded along trying to fix it myself. I did mention I was fiercely independent. To this day, I can’t remember how or when the change began to happen that saw M on the road to recovery. However, I can vividly remember the day that I picked up the phone and talked to my Mum. I told her about my solitary struggle in trying to fix everything and make it better. I was exhausted. 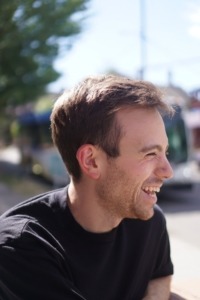 The following day there she was with an overnight bag. We sat down and drank tea and talked. I have never felt so much relief in my entire life. She halved every feeling I had inside me and I was so grateful for her being there, staying with us and supporting us. She gave me the strength to ride it all out.

M recovered and to this day apart from the odd time, he is happy and healthy. Our relationship changed massively as a result and we are no longer together as a couple. The good thing though is that we are inseparable as friends.

Knowing M has changed me massively over the years and mostly for the better (I always seek the positives). I have enormous confidence in myself. I’m more honest, I’m more loyal. I can say “I’m more……” hundreds of times. All I know is that I am a better person for my experiences.

I’m still fiercely independent – but I’m a work in progress.

Do you ever hear people say “silence is golden”?

Don’t listen to them.

If you are interested in working for an organisation that is committed to supporting Mental Health in the workplace, please take a look at our vacancies page here. If you or anyone you know needs support with Mental Health you can also get in touch with our FamilyLine here. 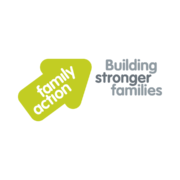