Our service, BAND has been supporting people with experience of a mental health condition for over 30 years. One man, Mick, has been there since the beginning – as a service user, a volunteer and, finally, a member of staff. Here’s his story.

I had a normal, happy childhood growing up with my mum, dad and brother. Although I was smart, and started secondary school top of the class, I didn’t take it too seriously and left school with no GCSEs. Despite this I was keen to work and trained as a welder in the evenings off my own back at night school while working as a labourer. I was soon taken on as an apprentice welder – I think the hard work I’d put in on my own impressed them. I enjoyed it because my dad and brother worked there but, perhaps because of their support, I didn’t realise I was becoming ill – looking back I can see it but I didn’t really realise at the time. 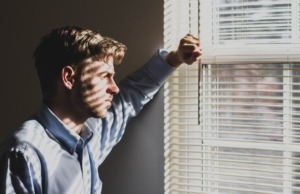 Sometimes I would have intense migraines that stop me being able to concentrate and I would get flustered and forget things. I used to sit at a workbench and some people would stare at me so I had to ask them to stop… It’s hard when it feels like something’s drilling in your head, and I think I was behaving strange; not talking about “normal” things – and people pick on people who are a bit “strange”. It wasn’t nice but looking back it wasn’t their fault – I was ill.

This set a pattern… I left the company and for the next few years I tried other companies… but I kept giving the job up because of the staff who worked there. At the time I thought it was just them but looking at it now it was also me because I wasn’t trusting people. I used to drink at night to get away from the headaches, and I made some friends at night in the pub, but it wasn’t the best thing for me in hindsight.

I was a hospital outpatient on account of my headaches and they referred me to BAND nearly 30 years ago. For me it was about meeting people – the staff members had all had their own problems and they can empathise with you and understand, and that made me feel comfortable.

“They can empathise with you and understand, and that made me feel comfortable.”

When BAND started it used to be about six or seven drop in centres and I used to stop by and do activities like bingo and craft courses – I’ve still got a frog I made 30 odd years ago that’s on my windowsill while I write this. I loved Trivial Pursuits and quizzes. I’m good at the obscure stuff but not so good at the simple stuff, so I worked well as part of the team and came out with one or two crackers while we were playing!

Before I came to BAND I wasn’t really getting any enjoyment out of life and it helped me to start enjoying things and going on trips to the zoo and the seaside in particular made me really happy. I was still drinking at this point but I had started thinking about “the day after” more. That changed around 15 years ago when I was in hospital for about a month behaving confused… I must have been mixing my medication. That was it. When I woke up in hospital I stopped going to pubs because I realised I didn’t need them… I used to enjoy myself at BAND but I knew I didn’t need a drink there. 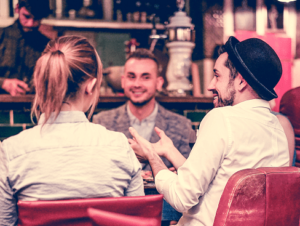 My life improved a lot after I quit – BAND helped me sort out my benefits, and I was given a place in sheltered housing. I started volunteering at BAND around eight years ago, helping out on the allotments and repairing computers… You need a reason to get up in the mornings and I found that volunteering gave me a purpose in life.

Then, six years ago, I became vice-chair of the Management Committee at BAND. I didn’t see why they’d want me but other people saw the potential of me being a committee member. I though what they saw wasn’t there at the time but I can see it now. It’s absolutely made me grow as a person. My confidence grew – I’ve spoken in front of 50 people to launch a meeting for mental health groups in Bolton. I’ve done that twice and I’ve spoken in front of managers. I’m sure they knew I was nervous but I did it and I was right proud of myself.

Since then I’ve worked part time helping with assessments and promoting the service – interestingly the man who ran the drop offs I initially attended is now my line manager! When I was chosen by the service and told I was ready to do this type of work it made me feel proud and helped with my self-confidence. Doing so has also made me feel good as I’d see people I’d supported out and about… it helped me to make friends. BAND helped me to learn about trust and learn to trust people again.

If you or someone you know is struggling with mental health or you’re feeling in need of some support or guidance, get in touch with our  FamilyLine  helpline for free. 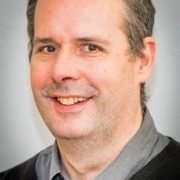 A service user, a volunteer and now a member of staff for our BAND service.