Gemma’s story: how the Toy Appeal saved my family’s Christmas

Thanks to our Christmas Toy Appeal, children across the country will receive Christmas gifts they might not have had otherwise, as part of our aim to make this season magic for the families we support. Here mum, Gemma, tells us a little about the gifts her children received from the Toy Appeal and her experience as a volunteer for our services.

We’ve received gifts from Family Action’s Toy Appeal for three years now. It’s made the world of difference. Our five-year-old C-J has autism spectrum disorder and global delay and needs one-to-one care all the time, so I can’t really hold down a job because of the support he requires. My husband works for a supermarket chain but the wages aren’t great, and it just gets harder every year. 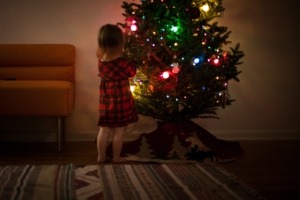 We have five children, with four living at home, who are really good and don’t expect too much but it just costs so much. What’s more, I haven’t got a huge family to support us and my husband’s family don’t live in the country so we’re pretty much on our own. There’s a bit of a pride thing where you don’t want to go to a charity for support, but without it my children wouldn’t have had a Christmas the last few years… It just wouldn’t have happened.

At birthdays and Christmas, you see pictures of other people’s celebrations and then I contrast my children’s experience where they will wake up to maybe one or two presents under the tree. It makes you feel very guilty as a parent and it makes you feel like you’ve let them down. But there’s a constant expense with having a child with additional needs.

Not only do you have the normal expenses like clothes and shoes, but C-J is very physical and always climbing and there are constant breakages and things to be replaced. It’s a continuous drain on money, which means there’s never a lot in the savings pot at any time.

That’s why the Toy Appeal is so important. It brings smiles to thousands of children’s faces and to their parents too, because it takes the strain off your shoulders. The relief I feel that there are a couple of Christmas gifts under the tree… It’s lovely. Last year my teenage son got a racing track and my youngest got an electronic book, which C-J absolutely adores. It’s like a plastic book and when you press it gives you the colour of something, or whether the person in the picture is happy and he loves it! With his global delay, it can be touch and go whether he’ll like something but this was such a success.

“It’s like a plastic book and when you press it gives you the colour of something, or whether the person in the picture is happy and he loves it!“

My daughter also got a Barbie, which is always a popular choice! I love the Toy Appeal and believe in Family Action, to the point where I’ve volunteered to help them run programmes in my local community. I’ve even helped deliver presents for the Toy Appeal, which gave me a different perspective as families were so grateful and it was an amazing feeling to get involved. The parents were over the moon to receive the presents and it was nice for me to feel like I was helping somebody.

I think it helps that I can understand what they’re going through, especially as Family Action are so discrete. I’ve heard of toy appeals run by other organisations in the past where you had to queue up and wait for presents to be given out. That’s so degrading… but with Family Action it’s different – everything’s done with such love and care for other people. Not everybody wants everyone else to know what goes on in their house and people don’t need to know you’re struggling. I certainly don’t make it public and I wouldn’t tell people at school… My kids are always clean and there’s always food in their lunchboxes.

Because of COVID-19, I’ve not been able to volunteer at any of Family Action’s programmes this year, which has been difficult for me, and I’ve had to shop for my sick mother and an elderly grandmother without being able to see them directly; dropping shopping off at the door. Without the support of family and my volunteering work it’s been lonely, strange and very scary at times. It’s also affected our plans for the season as I’ve discussed Christmas with the kids and we’re almost at the point where we just don’t want Christmas to happen, to be honest. 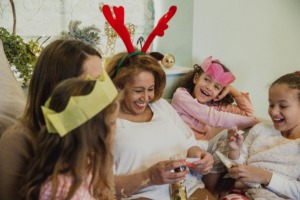 It’s the little things, like explaining to my older children that they can’t have their partners round to eat. Because if the rules even say my grandmother is allowed round at Christmas, I can’t have the risk of her mixing with all these other people. You don’t want your children to be upset over the fact that this year it’s going to be extremely different and it’s going to be quite lonely because the children’s godparents, for example, won’t be able to pop round and give the kids a card and see them as they’ve done in the past.

I worry that this year will be more expensive as I won’t be able to shop around as I would before. You can’t get everything online and I also feel that I want them to have nicer things because there’s so little else going on. But we’re still going to make Christmas decorations and we’re still going to do our baking. As long as we’re all together it doesn’t matter.

In March I was panicking that something would happen to somebody I love, and we’ve got this far, so I’ve tried to say to the children “as long as we’ve got each other and we’ve got a turkey it really doesn’t matter, does it? That’s the most important thing: knowing that they’re all still healthy and safe.

Find out more about our Christmas Toy Appeal and how you can make a difference. For a family like Gemma’s your gift is magic. 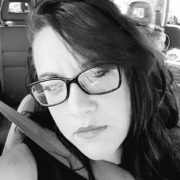 A mum of five and carer to her autistic son C-J.