Claudette’s story: How school and our BOSS service supported my family in lockdown

Our Creating Happy Memories campaign is currently celebrating the fresh start we’ve all been given now that lockdown is ending, and supporting families to enjoy the time they have together.

But not all fresh starts are easy ones… here Claudette tells the story of how moving house after breaking up with her partner coincided with COVID-19 to create a difficult time for her young family, and her youngest son in particular, and how Family Action’s Behaviour Outreach Support Service (BOSS) worked with her during this challenging period. 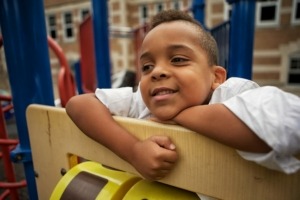 Even before I moved, I had been concerned about my youngest son Ryan’s behaviour. I knew that he didn’t have many friends – he would play alongside other children instead of with them – and he would also have meltdowns during school hours. The school seemed like they had just given up on him and, instead of dealing with problems that arose, they would just ring me to pick him up.

I kind of thought it was my responsibility and I also felt that I had failed him in some respects. It sounds really awful, but I blamed myself for leaving his father, and the long hours that were necessary because of my work. But the breakup meant that I had to change hours, and the only way I could do so within my company was to move cities, which wasn’t ideal.

We had all the stress of moving but I was also worried about Ryan starting at a new school too, as the previous one had been so unsupportive. I needn’t have worried – I spoke to the headmaster and told him about the behavioural problems, and he sat me down and told me the direction he wanted to take. The school were brilliant and had a support plan in place for him within a month or so – including support from the BOSS service which focused on helping him to regulate his emotions and deal with the frustrations he felt.

Because the support took place in school, I didn’t really see too much of it at first – although Ryan spoke often of the friendly “meerkat lady” he worked with – I later learned that the BOSS support worker brought a toy meerkat with her to the school! But that changed once COVID happened. My son had had around four or five sessions at school before lockdown began and our routine changed completely and I was supporting him with his schoolwork at home.

“I have mixed feelings about lockdown.”

On one hand, it was so challenging as I’d just started a degree at university in addition to my job and, with the announcement of home working, it meant that I was a worker, student, and teacher all at the same time in the same place…. it was very, very stressful and a very lonely experience as a newly single parent. I just didn’t know what I could do and where we could go outside, for example. It was exhaustingly hard and I think I had a few little breakdowns during that time. But, on the other hand, it was a blessing because I could work from home and had more time for the kids during their homeschooling.

Even during the breaks in lockdown it was easier thanks to the new job and different working hours first enforced because of COVID. I could now drop my son and his older brother off at normal times rather than arriving at school early and leaving late with the support of after-school clubs. I felt like a regular mum and for the first time in my life I got the chance to speak to other parents at the front gate and get to know people.

Because BOSS now had to support us virtually in the home for much of the year it also meant that I was able to see more of the work they were doing with him, which was nice. The outreach worker was brilliant with me too, asking if I was ok and if there was anything I needed support with as well. It was really great and, although the school put in place a lot of support for my son, he remembered the “meerkat lady” the most out of all of them. 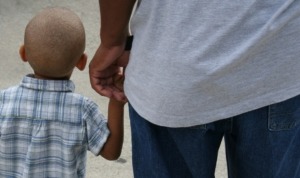 Now the children have gone back to school I’ve seen a real change in him, and I think that’s because of the support from BOSS. Thanks to themhe’s better at opening up with his feelings and emotions, he doesn’t have awful meltdowns anymore, and he’s playing with other children. He’s not completely there yet but he’s a lovely little boy and his positive aspects – like his energy and his willingness to try anything – have started to shine.

Before COVID he was so behind with his schoolwork but he’s back to the level of the rest of the class – which is crazy as so many kids fell behind during isolation, but he just flourished. His reading in particular has really developed, and he wants to read EVERY book now. It was always going to be a tough year for us, but I didn’t expect a global pandemic at the start of it.

I’m proud that we’ve been able to achieve so much – we’re in our new house, the boys are thriving at school and I’m working on my final dissertation… It’s just amazing. It’s been a difficult time, but it’s been so worthwhile and – while I’m sad our support with BOSS is coming to a close – I’m glad they’re going on to help other children, which is lovely.