Family Action’s Royal Horticultural Society award-winning garden has been relocated to a women’s mental health unit where it will continue to benefit the community. When volunteers from Family Action’s ESCAPE project put together a plan for the RHS’ “planet friendly” border competition in July they felt it was important that their submission reflected the ethos of the project it came from. 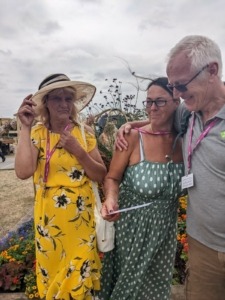 So, while the show garden impressed with its design reflecting the outline of the union flag in jewel–coloured plants it was also important that it held deeper treasures than its willow crown centrepiece.

The ESCAPE project focuses on the therapeutic effect of gardening for older people, people with disabilities and those experiencing or recovering from mental health issues.

To reflect this focus the plants chosen by volunteers Sarah Green and Sarah Jane Smith and nurtured by volunteers Tess Cureton and Trish Thornton were picked largely for their therapeutic effects.

For example, the Corsican mint which was placed along the walkways creates a beautiful, calming aroma when gently crushed underfoot while chamomile can be used to make a simple and gently calming tea.

That’s why, even though we were delighted the garden won an RHS silver-gilt medal at the RHS Flower Show Tatton Park 2022 in Cheshire in late July, we’re even more pleased with where its travels have taken it next.

The garden was transported by staff at our BAND project to the Honeysuckle women’s mental health unit at the Royal Bolton hospital, where it’s been replanted for the benefit of the patients.

“What an amazing story; to have created something so fantastic, transported it halfway across the country, shown it to thousands of people, won a coveted prize, and then carried it onwards so it can support people in future.

I was so pleased to see how much our volunteers got out of this experience – along with the attention they so rightly deserve – and it’s also great to see the garden arrive at its final destination where it can continue to enrich people’s lives”. 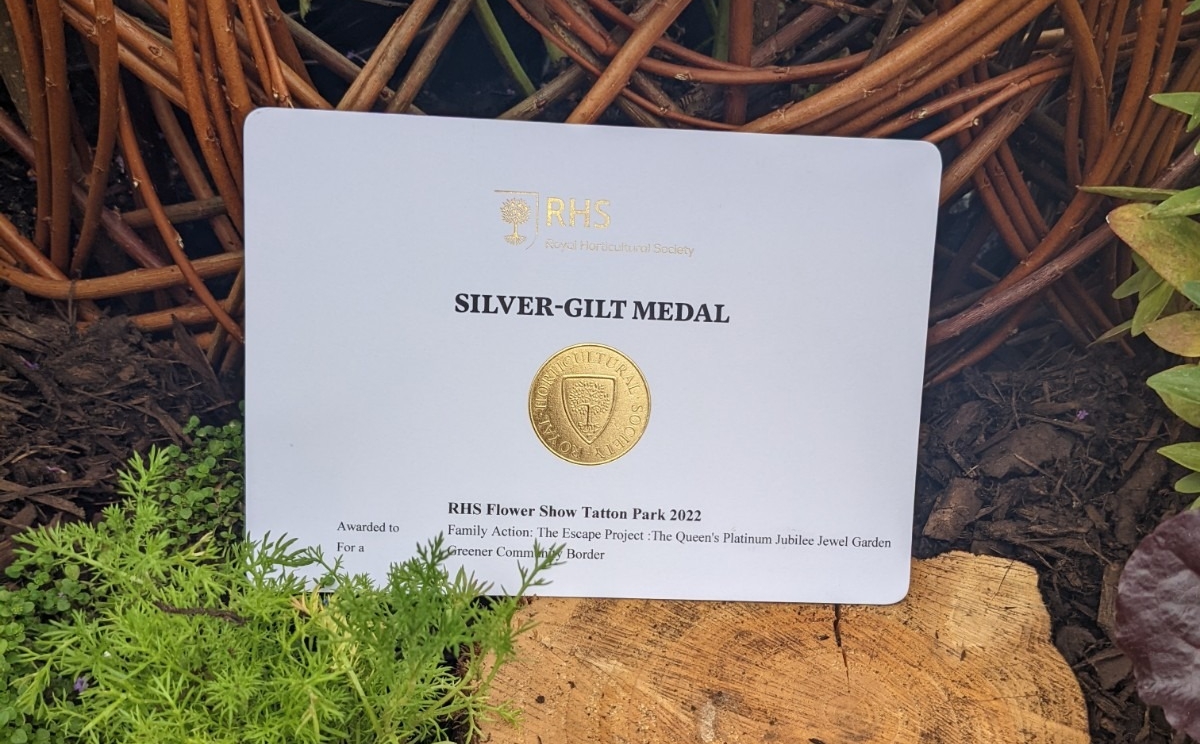 Family Action’s ESCAPE project was established 12 years ago in response to a community need for more outdoor adult services that could help people to make new social connections and gain a sense of purpose. Initially set up to support people with mental health needs, the Escape Project has expanded to offer support to adults who can benefit from spending time outdoors, connecting with nature, learning new skills and being part of a local community.

There is often a lot of stigma surrounding mental health, which means that people sometimes struggle to seek the help and support they need. If you’re struggling with any aspect of family life, or just need to speak to someone, you can contact our FamilyLine service for free emotional support and guidance.