A Dad’s story: family monsters and feeling like we don’t have enough time together

Father’s Day is here but it’s worth remembering that although being a parent is incredibly rewarding it can be hard to juggle all of life’s responsibilities. Even when we succeed in doing so the experience can be draining. Here one father tells us how his unusual career impacts on the life of his family, and how they manage the pressure. 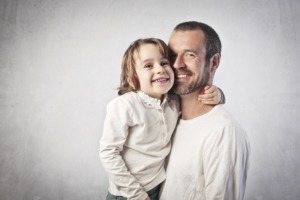 James has a career in the RAF– which is fortunate as his mornings require almost military precision. He has to travel around an hour and a half to work at his base each morning, which means waking, showering and getting out the house in silence to ensure he doesn’t wake his partner and his 3 year-old son. It’s tough to do, but the stakes for failure are high. He said:

“He doesn’t usually wake until 7am so if I wake them he’s up much too early and it makes the whole day difficult for my partner”.

The addition of three hours of travel to an already demanding job also means that he’s often tired when he gets home at around half six to spend a precious 45 minutes with his child Teddy. He added:

“It’s not really fair because both my partner and I are tired and we both need a break but when I come home I want to play with him and then he can be overstimulated, which makes bedtime more difficult”.

James and his partner live close to his parents, which allows them to help out with childcare.
Although this means a long commute James feels it’s worth it as it helps avoid some of the pitfalls that can occur in military families.

James says that for him living closer to the base would cause more problems as he wants his kids to be able to go to one school and have friends and develop their own lives as he thinks that this is really important for a happy childhood. He added:

“I do speak to my peers at work and some of them have made the step to live in service accommodation such as married quarters and live closer to their place of work… I guess there is no magic formula and no two families are the same – It’s all about finding what works well for you. Personally, I don’t want my partner to settle for second best and not have her own career… That’s why it’s so important to have my parents there to help out with childcare”.

Despite this solution, however, the requirements of his job mean that on occasion disruption is inevitable.
He said:

“Going away with work is hard as I can work away for 3 or 4 month stints and when I get home I disrupt the routine my partner has put in place. It is hard because you feel like you’re walking out on them. Usually I catch up with my son at the weekends so it’s difficult when that’s not possible… I feel like I’m never going to get that time back and it’s hard to get that work life balance”. 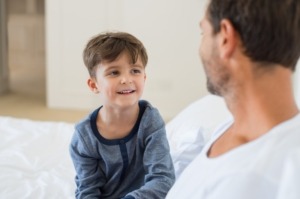 To alleviate some of these pressures the family have taken steps to ensure that they have activities they can enjoy together to make the most of the weekends – such as taking on an allotment, which has allowed them to bond over the new project and have some fun. He added:

“We’ve set aside a patch for him so he can dig in and play around without the worry of destroying our veg! I have always been keen on sports and gardening wasn’t something that interested me until my partner Sam got me into it. We are trying to get Teddy to be as outdoorsy as possible as we both feel that it’s important as the modern world and technology has made it a lot easier to sit in front of screens for long periods of time”.

James says Sam is understanding of the nature of his work but feels that understanding it doesn’t necessarily make it any easier for her. He added:

“Sam knows that my personality and mind set is suited to life in the armed forces but that doesn’t mean that its plain sailing for her when she has to pick up the pieces in my absence”.

He says that he’s learnt that the most important factor in making it work is finding time to spend with his partner without the pressures of family. James added:

“Spending time together with your partner is vital but unless you’re able to get someone to babysit it’s hard. “It definitely takes a lot more planning these days… but It’s worth it”.

Every family has its monsters, watch & share our film so we can all talk about & face them together. #MyFamilyMonsters www.familymonstersproject.com.