Catherine’s story: how I faced depression and my mental health family monsters

Family Action Learning and Development Coordinator, Catherine shares her mental health family monster as part of our series of blogs promoting positive mental health in the workplace and our Time to Change Employer Pledge.

I’m not sure that I can pinpoint when I started to experience mental health issues. As a child and teenager I occasionally felt low, in a way that felt very physical. I never spoke about it, but mentally referred to it as ‘the feeling’. It would always pass after a few minutes and I would carry on as normal. In my early twenties it stopped altogether. Later I got married, had a child, and despite a difficult birth (emergency c-section) and the usual stress and exhaustion of parenthood, mostly felt buoyant and that I was coping quite well. 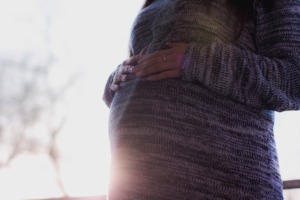 My second pregnancy felt very different. A few months in I started to get a feeling that I can only describe as impending doom. I started having really intrusive thoughts about the state of the world that I was bringing this baby into, or worrying that the earth would be hit by an asteroid. At other times, I would feel that I had made the wrong decision in having a second child so soon, that it would impact negatively on my daughter, that I wouldn’t have enough love for two children…so a confusing combination of rational and irrational thoughts.

When my son was born, everything seemed great initially. The labour was quick and easy, and this time I had a normal delivery. Feeding was much easier second time round. My daughter seemed to adapt well, and of course I realized that I had plenty of love for both of them. The only thing I noticed that was unusual was the return of that sudden low ‘feeling’ that I recognized from when I was younger, always right before my milk let down. I didn’t worry too much about it, even though my health visitor said she had never heard of it happening to anyone else, because although it was unpleasant, it only lasted for a few seconds and was obviously related to hormones (I later found out that phenomenon is called D-MER).

Four weeks after my son’s birth, he sustained a head injury in an accident. Without going into too much detail (I still find it difficult to talk about), there were a horrifying few moments where I thought he was dead, before he started to move and cry. We were blue-lighted to hospital in an ambulance and, to cut a long story short, my son was pronounced fine other than having a huge lump on his head. We were sent home with the usual advice about being vigilant for symptoms following a head injury.

“I blamed myself and had constant, intrusive flashbacks and feelings of guilt. I didn’t dare take my eyes off my son”

On one level I was relieved that my son was fine, but on another I couldn’t stop reliving the initial horror of the accident. I blamed myself and had constant, intrusive flashbacks and feelings of guilt. I didn’t dare take my eyes off my son. I had been told that he would be ok, but I kept wondering whether he would have some kind of brain damage that hadn’t been picked up on. No-one else understood why I was struggling to move on, and people kept saying things like “there’s no harm done”, or “I got dropped on my head when I was a baby and I’m fine”. I just couldn’t think about anything else. It didn’t help that my husband was working away during the week so I was on my own with the children most of the time with no other support. 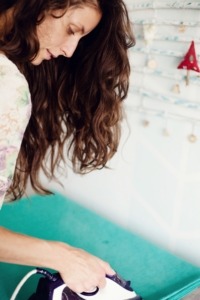 My coping strategy was to keep busy all the time, so I developed a strict and inflexible routine to keep us occupied throughout the day. Once the children were in bed, I did housework, often ironing until the early hours of the morning. I was up in the night feeding the baby too, so was hardly sleeping, but I couldn’t risk letting my routine slip, because it was the only thing that I felt I was in control of. It didn’t help that our house was up for sale, so there was a pressure to keep it immaculate at all times in case of viewings. After a few weeks, I was so sleep-deprived that I was hallucinating, but I didn’t dare to relax because the thought of the flashbacks was too awful to contemplate.

When my son was six months old, we sold our house and moved to a new area. By this time I suppose I was in a state of paralysis. I didn’t enjoy or look forward to anything, I was convinced I was a terrible mum, I had always worked, including through both pregnancies and while I wanted to stay at home with the children, I wasn’t sure that I was cut out for being a stay-at-home parent. I rarely went out because when I did, I would start sweating and shaking and quickly have to go home again. The outside world started to feel very scary. I cried a lot, and didn’t always know why. I started to really believe that it might be better for everyone if I wasn’t around anymore. My husband didn’t really know what to do or say, so started avoiding me. When I told the health visitor that things between us weren’t good, she suggested that I try to reconnect with him by making him a packed lunch every day!

One day a flyer for a local mother and baby group came through the door, and I decided to make myself go along. I almost talked myself out of it, but forced myself to do it for my son’s sake. The other mums were so kind and welcoming, and one of them asked me if I would be interested in joining the nursery committee. I said yes, and through that I started to get to know more people and build a social network, as well as doing something useful and having some time away from the children. At the same time I started to go swimming regularly, and I don’t think that it’s exaggerating to say that it saved my life. There was something about that 40 minutes or so, just swimming lengths in the lane along the dark blue line, with nothing else to think about, that was so therapeutic. One evening I got to the pool to find it closed, and was absolutely devastated, wondering how I would cope without my nightly swim!

Finally, almost two years after my son was born, and after I had stopped breastfeeding, I went to the GP about how I was feeling, and was diagnosed with major depression. It’s pretty clear to me now that, initially at least, I also had Post Traumatic Stress Disorder, but it felt too late to mention it by then. I was prescribed anti-depressants. They took a few weeks to start working, but when they did, I realized that I finally felt ‘normal’ (whatever that means!). Of course I sometimes felt stressed, or sad, but able to cope. I started to feel better about myself, and take more care of my appearance. Within weeks of starting medication, I felt able to start applying for jobs. 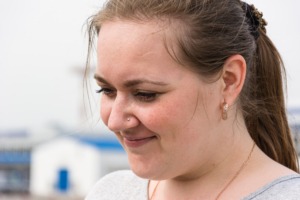 A lot has happened since then (divorce, bereavements, another move, a third child, a few different jobs and a second marriage to name a few!) Depression has been part of my life, on and off, all the way through, but the great thing is that now I can recognize the symptoms very early on, and seek help immediately, heading it off at the pass so to speak. I have never had any time off sick because of it, but still in the back of my mind there is a fear of being judged or stigmatized in the workplace. In fact I feel that it has made me much better at what I do, and hopefully by writing about it in this blog I can play a part in reducing that stigma.

Mental health and other family monsters become a huge pressure on us when we don’t talk about them and they can impact all areas of our lives. We are committed to reducing the stigma around family monsters like mental health in the workplace so all employees feel they can talk about them. On 27th June 2019 our CEO, David Holmes, will be signing the Time to Change Employer Pledge and making our commitment to end mental health discrimination. Stay tuned for the next installment in our series of blogs from employees sharing their own mental health journey.