Emily’s story: when you’re having a Christmas baby…

Christmas is a special time for all families but for Emily the excitement is doubled by the prospect her baby girl will arrive sometime around Christmas day. Here the mum-to-be tells us a little about how she’s feeling, and shares some of the pressures faced by a working family expecting a new addition to the household: 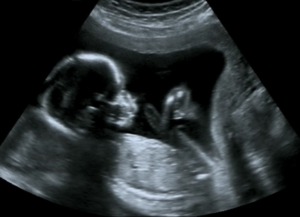 I didn’t really think about my baby being born near Christmas until just recently as we’ve been given a number of due dates during appointments leading up to the birth. We completed our final NCT class on Saturday and every time we’re shown a clip of a birth, I’m taken over by an uncontrollable urge to cry. I don’t know why this is, but I find the whole thing terrifying and beautiful at the same time – not to mention embarrassing – as I’m in tears in front of complete strangers. I’ve been listening to birth stories Podcasts and I’ve literally cried at each one. I guess it’s a combination of the unknown and excitement of what’s to come that seems to be taking over. We always knew our baby girl would be born in December, but the most current prediction says she should be coming around the 23rd – although my sister was two weeks overdue with her first child so there’s every chance the baby may come on the big day. Oddly enough speaking to my sister has really made me think about the birth recently and how I need to slow down, as she says at this point in her pregnancy she had left work and was catching up with her friends, taking long lunches and daydreaming about her baby’s feet.

In contrast, I barely have a chance to catch my breath! The company I work for has been acquired by another so I’ve been dealing with significant changes at work as well as an increased workload amidst the uncertainty about whether my job will be affected. At the same time, I’ve also been racing back from meetings for driving lessons, which has taken up the majority of my time and attention. I am however delighted to say that I’m now a proud owner of a shiny new driver’s license and it’s all been worthwhile! If that wasn’t enough, we’ve been eating microwaveable meals at home for over two weeks because we’re having the kitchen renovated. We were only granted permission to do it in the past few months and, despite how close to the due date it is, we decided to just go for it. The result is that, as I am writing this, we’re finally putting the finishing touches in place. After this weekend we’ll actually have a home that feels like a home for her.

In terms of energy and general wellbeing I’m doing pretty well but with work, the house and extracurricular activities I haven’t actually had chance to give the pregnancy much thought, although I know I’m having a good one – I can only really complain about lack of sleep. That said I do feel like being so busy means I haven’t had time to do my own daydreaming… I’d like to spend more time bonding with the bump! If anything it’s my partner who’s getting most excited. He’s constantly talking to the bump, which is VERY cute, and we often talk about the baby and our future together.

“I’d like to spend more time bonding with the bump! If anything it’s my partner who’s getting most excited.”

The funny thing is he’s not really the emotional type in general so it’s sweet – he’s probably more gooey about it than people would give him credit for. His support means a lot to me as both of our parents are separated and I hope to build a lovely, relaxed home for her to live in – I want it to be a fun household! In some respects it’s a bit of shame that we could possibly have a Christmas baby as it takes away some of how special their birthday is. My partner’s friend is born on Christmas day and we asked him about it and he said it’s rubbish – that you only get one set of presents a year and nobody remembers!

What we’ve decided is that if they are born on the big day we’ll discuss it with them and see if they want to celebrate their birthday half way through the year… It’ll be nice to leave it up to them and give them the choice. One great thing about the timing though is that all of our parents have given us money toward getting the baby’s room sorted instead of doing the present thing, which is great. My partner’s cousin had a recent arrival too and has also given us the mother of all gifts; a roomful of things for the baby– everything from pushchairs to pumps! It means we don’t really need anything because everyone’s been so generous. 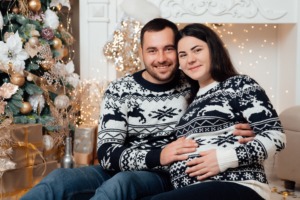 Bringing a child into the world is a big responsibility and I think with the political climate now it all feels a bit uncertain – especially since I wasn’t born in the UK. In some ways I’m scared about the future but there’s also been a greater recognition of issues like mental health or the environment, which more and more people are talking about, so there’s a lot to be hopeful about too. For instance, my sister’s gift was reusable nappies! A couple of years ago I would have been sniffy about it but I’m happy to at least try and do my bit. Worrying about someone else’s future is new for me, but it’s good… The thing I’m looking forward to the most is experiencing this overwhelming surge of love I keep hearing about. I already feel an unconditional love towards my family members and partner but to have the same feeling amplified by a little human we’ve created ourselves; it’s a journey I count myself lucky to be able to experience.

Are you expecting a baby or have a young family, share your experiences using #MyFamilyMonsters, www.familymonstersproject.com

A mum to be