Pregnancy and the prospect of giving birth can be an anxious time, even more so during this unprecedented time. We caught up with expecting mum and Not Your Average Family blogger, Jade as she shares her experience.

“If you told me a few weeks ago that I would be giving birth to my first child during a worldwide pandemic, I wouldn’t have believed you”

Well, that’s a blog post title that I never thought I would write.

If you told me a few weeks ago that I would be giving birth to my first child during a worldwide pandemic, I wouldn’t have believed you. I was one of those people, that when we first heard about the coronavirus outbreak in China, who thought “ahhh it will never reach the UK!” Oh how wrong I was. As the past few weeks (has it really only been that long?!) have gone by, I have experienced the most ridiculous range of emotions. And I am sure many other pregnant women have also felt the same.

The downward spiral started for me when government announced that pregnant women were now classed as “vulnerable”. I had two weeks left at work before starting my maternity leave but had to leave the office that day. It was all a bit weird. Saying goodbye to my wonderful colleagues was bizarre when it wasn’t reeeeeally my last day as I would be working from home for the next two weeks. I work with young people and not being able to say goodbye to them properly was also pretty naff. BUT. I was definitely grateful to have a job where I was able to work from home immediately and therefore be paid (this was before the government had announced furlough leave and everything was still very uncertain).

It’s safe to say that working from home is not for me. Niece and Nephew were still at school and I found it hard to focus / stay motivated / be positive. I was bored and all of the uncertainty really affected me. I would make up scenarios in my head and ring Adam upset about them all saying “but what if this and what if that”. Thankfully, Adam is very level headed and told me to stop worrying about things that hadn’t even happened yet.

And then the schools shut. I was absolutely gutted for Niece and Nephew. They love school and I didn’t know how they would cope with being at home all the time. This is something they aren’t used to at all and would be a massive change. Myself and Adam both work full time and rely on our parents to look after Niece and Nephew after school. Whenever we do have time off work, it’s because we are going away somewhere. Other than weekends, they don’t get to spend much time in their own home. Which means that so far, they are absolutely loving it. We have decided it would be best to have some sort of structure and routine in place for Niece and Nephew as this is something they really benefit from. We have a loose and flexible timetable and certainly aren’t homeschooling. But it’s also in place for my sanity. My maternity leave isn’t going to be what I imagined at all. I won’t have any “alone time”. I won’t be able to go on walks with the baby to meet my friends. This made me pretty upset at first. But I slowly started to realise the positives. We would have such valuable time as a family in our baby bubble. I wouldn’t be on my own. Niece and Nephew will have uninterrupted time to build a bond with their cousin. 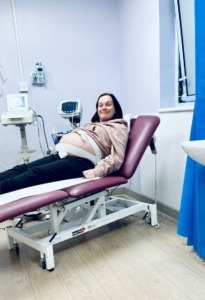 At this point, I wasn’t even worried about getting coronavirus; I was worried about everything that was going to change because of it. Stories of nappies and formula being bulk bought by absolute doughnuts was all over my social media. Although I would like to breastfeed and had already bought a fair few packs of nappies, all of those “what ifs” came back into my mind. We panic ordered some reusable nappies just in case. But more importantly, I was becoming increasingly anxious about what labour was going to be like. Again, there were lots of rumours circulating about birth partners, visitors and appointments. Whilst I didn’t want to panic, it was hard not to. Thankfully, I joined a local Facebook page which started to do daily announcements following on from the government briefings.

So I got the FACTS for my area. First they announced that there were to be no children or visitors at all and you are only allowed one birth partner. This was obviously sad but I could accept it. Niece and Nephew may not even liked coming into a hospital (I’m not sure if they’ve ever been to one actually?!) We had planned for the birth to be just the two of us anyway so thankfully no one else had to be disappointed. Then they announced that all appointments needed to be attended alone. For us, that was okay. We had had to two main big scans already. But my heart broke for those couples that were due to have their first scan. I have spoken to so many people in the past week about going into labour and birth partners. I think we can all agree that it is something we are so worried about. A lot of women have told me that their hospital is saying no birth partners. Or that they have to leave immediately. This is not the case at our hospital as of yet but I am definitely scared about it being on the horizon. We just have to take every day as it comes.

I do feel a bit ‘woe is me’ about the whole thing and that everything is a little bit unfair. My first experience of birth and motherhood won’t be at all what I expected. I know I will be jealous of all the people that get to experience them when things are back to “normal”. Part of me wants the baby to hurry up and get here. The other part wants it to stay put for as long as possible. But. I also feel lucky and grateful that something so positive is going to be happening to our family amongst all of this.

To all the pregnant ladies out there… we will be known as the super mummas that gave birth during a global pandemic. We got this.

If you or someone in your family are pregnant and concerned, then consider contacting our free FamilyLine helpline. You can get in touch via telephone, text message or email for emotional support and guidance as well as practical advice and information. 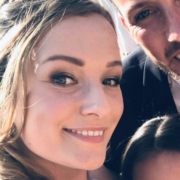