Elizabeth’s story: my journey as an adoption foundling

Elizabeth, a foundling, opens up about her journey discovering her background, who she was and meeting her birth relatives for the first time. Read on to find out about how she felt, the support she had, and how our FamilyConnect website can make a difference.

I am an adult, adopted in the peak adoption post war years and brought up in a white British Protestant household. Unlike the many other adopted people relinquished for adoption, I learnt in my early teens that I am a foundling. Left in North London, taken to a children’s home in SE London and eventually adopted by a couple in NW London. This all proved to be very significant to my story. 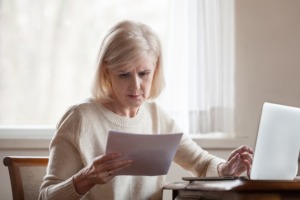 In my early teens, my adopted parents were only able to give me very limited information, about where I was found and the name I was given. Nothing else. As I grew older and adoption law changed giving adopted people the right to find out more about their origins, my natural curiosity continued. I attempted to learn more by accessing birth records and using the media, hoping that I could gain information.

I was able to glean more details, such as where I was found, but nothing indicated who my birth family might be. I watched other adopted people learn more about themselves and reunite with birth relatives, having to come to terms with the fact that I did not have the same opportunities as they did. As a foundling I could never follow my own avenues which would lead to the answers I sought. Eventually, I had to accept this and just enjoy my own family life, but I never stopped wondering. However then a few years ago I heard how DNA testing was developing and I watched with great interest it’s progress and the possibilities it brought. Eventually then I felt prepared and ready emotionally and psychologically for what I might be able to find out, I took the plunge. I don’t think I genuinely thought that I would ever find out anything after all these years.

Hence, nothing could have ever prepared me for my first glimpse of the DNA database. Hundreds of names popped up, mostly distant relatives, lots of MCs and Macs as well as many American sounding names, but the real surprise were the details of my ethnicity. 100% Irish/Scottish as well as details of where I was from in Ireland. From subsequent information received, I have been able to learn my heritage goes back many years and I am 100% Irish. Bizarrely, some the first thoughts I had were things like, no wonder I get so badly sunburnt! But the overall feeling which was so profound and cannot be truly explained was one of absolute relief. I didn’t and don’t have to wonder any more. Looking at the database was one thing. Trying to unravel the information was another. The details on each name are of a suggested relative, not as specific as hoped for. After some contact I was sent photos from a reasonably close relative and on looking at them, I was struck by how alike I was to the man in the photo and I knew instantly he has to be my birth father. I am unlikely to ever be able to prove this as he has died with no other (known) children.

“I was struck by how alike I was to the man in the photo and I knew instantly he has to be my birth father.”

Whilst I was grappling with the complexity of the information I had, a new name popped up, as a suggested first cousin on the database. It turned out he is my nephew on my birth mother’s side and when he saw my details he asked his Mum to do her DNA test before he made contact. The minute her name appeared as a close relative, I just knew she was my sister. Overwhelming feelings again swamped me and still do at regular intervals. Because I was about three weeks old when abandoned, I was able to find a birth registration and obtain my original birth certificate, which proved my connections conclusively. But even that raised questions as my birth wasn’t registered till 8 weeks after I was found and no answers as to why that was. So, I have a new name, birthday and star sign. Not many can boast, apart from royalty of two birthdays and the bonus of this is I am 4 days younger than it was thought!

Contact and meeting up was established and stories shared. My birth family knew of a baby, which they thought was a boy, not the circumstances. They didn’t know how to find me. I have a very large ‘new’ family of Irish Catholics who straddle across the North and South borders of Ireland. Many of them now living in England. However, the story bought me much heartache too. My birth mother settled near to where I was bought up in my adoptive family in NW London. She worked in the road I lived in. Regularly used the local tube and bus I used, on a daily basis. I must have walked past her, sat next to her on the bus. Now, when I visit my ‘new’ sister I turn left as I leave the tube, not right as I used to do when going to my family home. She has lived for over thirty years at the end of the road where my husband went to school. We have found so many coincidences and similarities it is unreal. This feels quite cruel in some ways, what with all the heartache I experienced over many years, they were literally within my grasp.

A few months on, I feel I am still at the start of my journey, as there is a lot still to unravel and learn. Many new family members to meet. I am lucky as I have been greeted and accepted with open arms and a very warm welcome. True acceptance of who I am now. There is a downside though. I am left with trying to find affinity with a culture I know very little about and feel I should. I am conscious of how my life would have been very different if bought up with my birth family and how my life would have followed a completely different path. There is also an impact and effect on others who have to adjust to my new information which was unexpected by all.

I have absolutely no regrets about having undertaken the DNA test. As yet there are not many accounts from other foundlings who have managed to find and contact birth relatives – no blue print of the range of feelings, outcomes and challenges that might be encountered. I have been fortunate to have had a lot of much needed support both personally and professionally (from an intermediary) which I would highly recommend to anyone seeking their roots, I know who I am, which is what I was seeking. Anything else is a bonus.

Our new FamilyConnect website is here to provide free information, guidance and support for adults who were adopted or grew up in care seeing answers to questions about their origins.

A foundling adopted in the peak adoption post war years