Elizabeth’s story: my continuing journey as a foundling

When Elizabeth began her journey to discover her background as a foundling – a child discovered with no identifying documents – she had no idea how much there would be to unravel. In her previous blog for Family Action she described how she found her birth family after DNA testing, the feelings this created for her, and how our FamilyConnect website can support people making similar searches. Here we pick up her story as she works through the emotions created by her search. 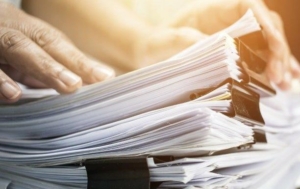 It is now over three years since I began my journey with DNA testing and two since I found members of my birth family on my mother’s side. The situation is the same as before – with no contact from my birth father’s side of the family.

I am still in contact with my birth mother’s side of the family, but the past year hasn’t been a “normal” year and the pandemic has reawakened worries I’ve long held that a member of my birth family could have been caught up in something awful without my knowledge.

The only difference being that the worry has been replaced with hoping they are not affected by COVID-19.

What’s more, the virus has also meant that travel plans and meetings with long-lost relatives remain on hold.

My initial excitement about discovering my heritage has remained on some level but it’s settled and the most significant feeling I have nowadays is the comforting relief of knowing who I am. As I said in my first blog my genetic heritage was initially thought to be 100 percent Irish, so I have begun reading about Irish history, politics and culture.

What has been unexpected, and unwanted, are the more negative results of my findings –  practical, emotional and potentially financial.

My original abandonment denied me the life I might have had, and I have found myself unexpectedly going through a period of mourning for the person I should have, could have, would have been and for the mother and father, I will now never know.

I am reminded of this daily – such as at a recent health appointment when I was asked about my family health history and I was too exhausted to try and explain. Before I started my journey It was easier to just say I didn’t know, but now I am confused as to how I can express myself with the few details I have.

This is something our health services could do better as, by now, I would hope my records would be clearly marked indicating a possible lack of knowledge.

It also hasn’t helped my sense of who I am that, after slowly coming to terms with being 100% Irish, the DNA findings were further amended to add 15% Scottish to the mix.

This finding adds to the questions I’ve long considered regarding whether my life would have been any better, worse or just different if I wasn’t a foundling. Would I have had an Irish or Scottish accent or made different life choices?  I would have probably been raised as a Catholic which is a religion I still know little about.

I sometimes also wonder if the anxiety and depression I’ve experienced throughout my life because of the loss and deprivation of maternal contact may have been avoided.

This is something I think about a lot as, despite the knowledge I now have, my mental health has not fully healed. Self-doubt and anxiety creep in at times when least expected, alongside a worry that my new family will abandon me, all over again.

And even this far into my journey I still have no answers as to why I was abandoned.

I watched the film Philomena recently and it made me consider the ordeal my birth mother may have had to go through as a pregnant woman in Ireland. It was a terrifying existence for women at the time, and many are still scarred from the punishments they received – but I don’t know the truth.

Stories and suggestions have been made by my new siblings but I have realised that now I will never know, as the last relative alive who possibly knew about me is no longer able to divulge the long-held hidden secret.

Another result of finding out my personal history has been the permanent, painful crumbling of a long-existing fragile relationship with my adoptive family. 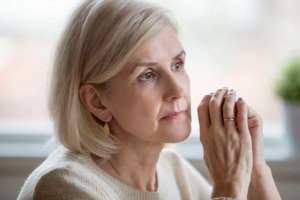 Ironically, they are people who sit and watch TV programmes on reunions and are moved to tears by the raw emotions displayed but, when it came to reality, they made unkind, thoughtless insensitive comments and showed a complete lack of insight into how I was or may have been feeling.

I suspect there may be a feeling of jealousy and loss for them in some way, as it was never anticipated that I would know my personal history. But, because of their feelings about it, this will now never be discussed or explored further. So, I am left – straddling two families; one looking forward, the other looking back.

It’s not just my family either.

What has been most astonishing is the reaction of friends – many of whom I have known for years. When I say reaction, however, I should perhaps instead say a  seemingly complete lack of interest.

Rarely, after telling them of my findings, has there been any further interest expressed and one friend even said that “if you get emotional don’t talk about it”!

I never wanted to ‘bore’ anyone. I wonder if their response may be due to a lack of understanding regarding the effect it’s had on me as I have kept those emotions wrapped and hidden for many years.

What helps is keeping in touch with the professional intermediary who helped me with my search as their wise guidance has been vital and their emotional and practical support helps me maintain my status quo. .

Knowing them allows me to discuss potentially difficult topics such as genetic sexual attraction with me. How many foundlings have even heard of that term?

They’re also so important at helping me resolve the practical issues relating to my records and the bureaucracy surrounding them. There is a tried and tested system for adopted people to follow, but as soon as you throw the word foundling into the mix you become involved in a revolving door syndrome where you are signposted back from where you came with no resolution. Frustratingly you often even have to spell out what you mean by the very word foundling.

For example, I wanted to link my DNA findings and my abandonment records to help me to have a sense of self and formalize my history, as the results were very conclusive and gave no doubt as to who my family are.

But as I used a commercial database originally I now need to go to a designated provider, pay a lot of money and request my sibling submit her DNA (again) before the result can be proved conclusively so it can be formally recorded and, even once achieved, there are still limitations as to what can be recorded for posterity with my notes.

DNA testing is such a powerful tool, and I don’t know why it’s not used more proactively – would it not be practical to use DNA testing at the moment a baby is found?

It seems strange to read that commercial databases have been used in the USA to catch criminals but the science is not applied here to give babies a chance of being reunited with relatives at an earlier opportunity. I wonder whose rights are being protected?

It would add to the comprehensive data adult foundlings like me are creating through our searches and help the research into why baby abandonment still occurs, which needs to happen. Only with this knowledge might we understand the birth parents’ justification, provide support and prevent child abandonment.

I still consider myself so lucky to have got this far after initially feeling like there was no hope. I wonder where my investigations will lead me next and if I will be able to resolve the obstacles in my path.

Time will tell but I am aware as I am getting older and worry the sands of time may run out before I fully complete my journey.

For more personal stories from adopted people and care leavers investigating their personal history, as well as advice and guidance for those making a search, visit our FamilyConnect website.

A foundling adopted in the peak adoption post war years