Anne’s story: Securing a school place for a child with Autism during COVID-19

Our Creating Happy Memories campaign focuses on celebrating the resilience we’ve all shown over the past year or so and rebuilding our strength together as we face the future.

Here Anne tells us about the unique challenges she’s experienced as the parent of a child with autism and how she’s found the strength to support her daughter with getting the education she needs to secure her future.

I have four children and my third child – my daughter – has autism.

Nowadays one of the ways you get the specialist support your child needs is through applying for something called an Education, Health and Care plan (EHCP) from your local authority.

That, like many other things, was something I didn’t know a couple of years ago. As a parent you have to learn a lot to get the support you need, and it basically takes over your life…You have to become an expert.

In my case, I really wanted to get the plan to help support with my daughter’s education as she was approaching the move to secondary school.

I knew she’d have trouble integrating into our local mainstream school as she can’t deal with large crowds, so I wanted to sort an alternative and, thankfully, Family Action’s Special Educational Needs and Disabilities Information and Advice Service (SENDIASS) helped me with applying for the plan.

It was lucky to have found them though as my initial application was refused and they acted as mediators for me and helped me to appeal the decision.

I’ve since learned that it’s very common to be refused at first, but it felt difficult for me and Family Action helped a lot with getting the correct information I needed to go forward with an appeal.

The appeal was accepted and my daughter was assessed for an EHCP, so I started touring the local mainstream schools and specialist schools to find out where she would fit best.

But I didn’t know that getting an assessment and the issuing of the plan are two different things, and so we had to take it back to tribunal again to actually put the plan into action.

But by this time COVID had changed everything.

Family Action once again helped me to put all my information together to send off to tribunal but I was doing it while also trying to work from home and home school four children. My daughter in particular was struggling to work at home and so I tried to keep her mind active through play and artwork.

I felt emotionally and physically drained from the process and the pressure of securing my daughter’s future wellbeing.

Eventually, it got too much, and I had to give up my job at a local pre-school. Everything was just so stressful, and I was devastated because I love my job – I cried on and off about it for about two weeks

Thankfully when I told them they were good about it and they say I’ll always be able to go back, but I still miss the work.

Most parents of children with autism will tell you that their children struggle with transitions between different stages of their life and during lockdown she moved into year six, which made some of her anxieties worse.

The detrimental effect on the other children was pronounced and she would attack her other sisters – I had to risk assess my house because anything could become a missile.

It was like walking on eggshells and my husband was saying “just leave it…. “ because he could see the effect it was having on me.

But I continued with fighting for the plan because it’s always been my belief that if we get her the right help, it will help her at home, help her understand herself and bring her peace.

She was particularly unhappy at this point because, as she’s gotten older, she’s realising the ramifications of her actions – but I want her to be happy.

Luckily the tribunal itself was online and was much easier than I expected as you’re in the comfort of your own home and it was very well organised.

The clerk advised me beforehand and the judge and the other clerks were really nice. They put me at ease and didn’t make it feel too “court-ey”.

It was also nice that, if the court takes a break, I had somewhere to go because I was at home.

The Local Authority brought in a barrister – which felt like they were bringing out the big guns – but, despite feeling like a little minnow among the big fishes, the court went in our favour.

It felt amazing but it was a double-edged sword as, although I was euphoric, I was also kind of bereft… I’d given up so much and the process had taken so much out of me and out of my family.

But there’s a sting in the tale as, despite the Local Authority recognising my daughter’s needs, they haven’t agreed on the specifics of how the plan would be delivered.

Later they got in touch to say that a separate panel had decided she would be attending a unit attached to a mainstream school, rather than the specialist school I had found her a place at, because of the cost.

It’s not the right school for her.

She would have to fully integrate, and the problem is that, like many children with special educational needs, she masks her feelings.

To everybody else, she appears fine, but she bottles up her anxiety – She will explode when she comes home and can be quite violent. So, this is a bittersweet story… But that’s what life is like when you have a child with special educational needs.

We return to court for a hearing about the new decision later this year after school starts, which isn’t ideal…but I’m ready.

I know now that no expert knows my daughter better than me and nobody can tell me what my daughter is like.

I’m up for anything now. Life with an autistic child serves you curveballs all the time and I’ll always be on my toes now for her sake.

She’s a lovely individual and a brilliant friend to me and I just want her to be happy and fulfilled and live life on her own terms.

Read more personal stories about how we’re all coping with the transition back to normal life on our Creating Happy Memories page, or find out more about Family Action’s Special Educational Needs and Disability (SEND) Services. 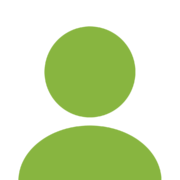 Anne a parent of four, including one child with Autism.